To the north of Mount Chomolhari (Goddess Mountain) reigns in white glory and the glacier waters from its five sister peaks fall torrentially through deep gorges finally converging to form the Paro River that nourishes the rice fields and fruit orchards of Paro valley. If ever there was a place where nature and man conjured to create their dearest image, it must be the Paro Valley. 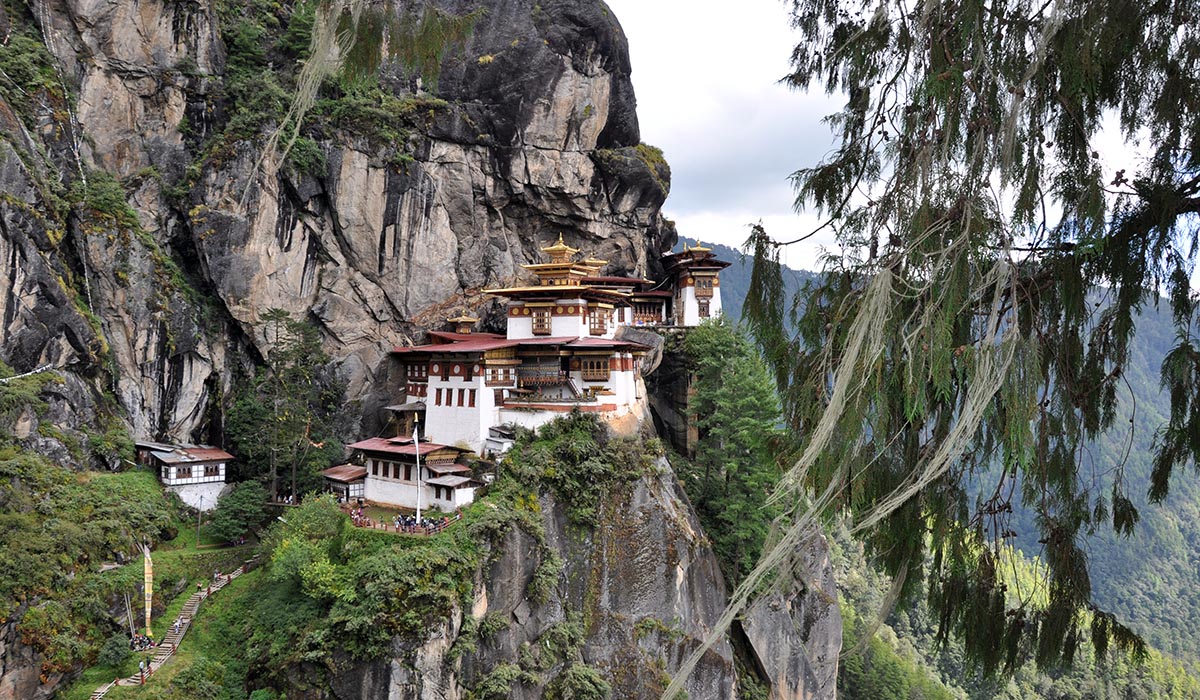 Taktshang, meaning Tiger’s Nest, built around a cave in which Guru Rimpoche (Padmasambava) flew on flying tigress and also meditated, clings seemingly impossible to a cliff of rock at 3,000 feet (800m.) above the valley floor. For local people it is a place of pilgrimage, but for a tourist, a hike to the viewpoint opposite the monastery in exhausting, thrilling and mystical.

Across the river, on a cliff that rises from the river, stands the elegantly symmetrical Rinpung Dzong. Built in 1646 by Zhabdrung Ngawang Namgyal, the first ruler of Bhutan, it now houses the Paro monastic body and the office of the Dzongda (governor ) and Thrimpon (Judge) of Paro district. It is the venue of the Paro Tsechu (festival) held once every year. Behind Rinpung Dzong, on the high hillside, is the castle shaped Ta Dzong. This one time watchtower built to defend Rinpung Dzong during civil wars among many temporal rulers of Bhutan in the 17th century, has been the National Museum since 1967. Eighteen kilometers from the small town of Paro are the burnt ruins of Drugyel Dzong (Victorious Fortress) from where Bhutan repelled several invasions by Tibet. The only international airport of Bhutan is also located in Paro.