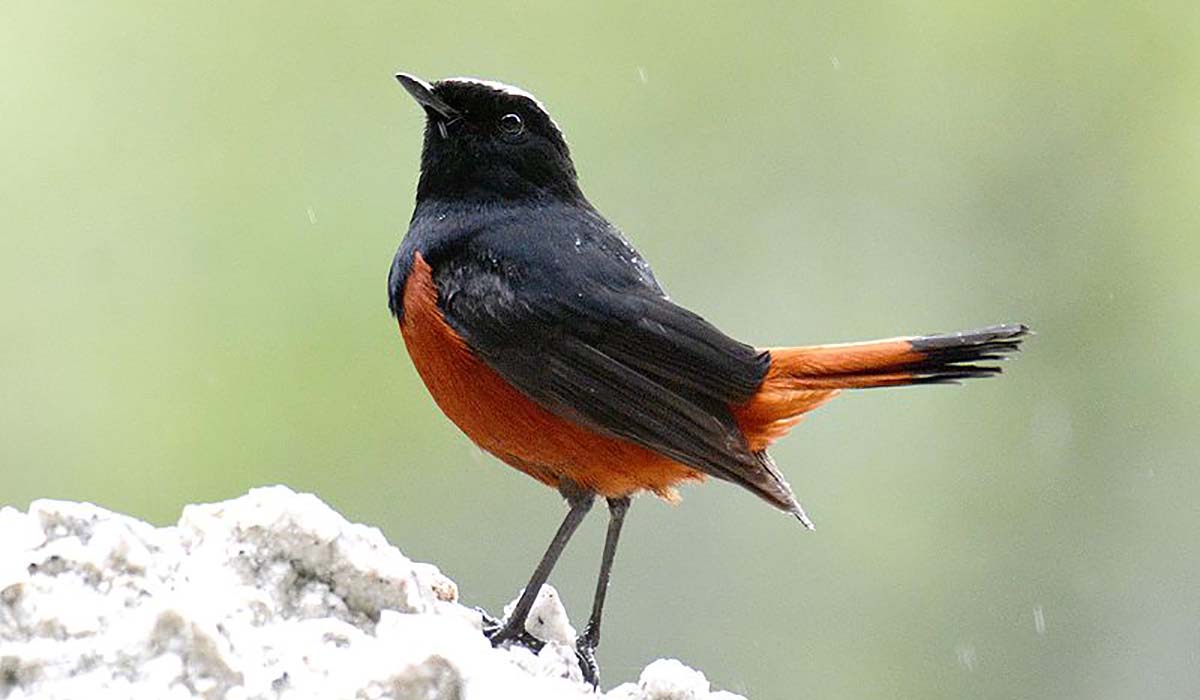 Bhutan’s reverence for birds is even exhibited on the Royal Raven Crown of the Druk Gyalpo. The national bird is the Raven, and it was once a capital crime in Bhutan to kill one. Ravens are even known to nest in the walls of the nation’s monasteries and dzongs.

While most of Asia’s bird habitats (forests) are being and have been decimated, Bhutan is a very special because of its lack of deforestation and the government’s commitment to preserve wildlife. Few developing countries have the cultural and environmental interconnectedness that Bhutan has always promoted. 60 percent of Bhutan is now forested and, by law, will remain forested. Bhutan has the highest percentage of ecological preserves in the world; over 26 percent of Bhutan is designated for environmental conservation. While all of this makes economic sustainability tougher but a more needed policy, it provides the bird lover with the world’s best viewing opportunity.

Birds in Bhutan can be found from the glacial alpine regions of the north to the sweltering tropics of the south. The geography and altitude is also the most diverse areas of bird habitats ever found in a single country. Endangered Black Necked Cranes winter in the temperate Phobjikha Valley highland marshes while the Rufous-Necked Hornbill hides out in the lush tropical rain forests of the south. With an area the same as Switzerland, Bhutan seems much bigger because of its remoteness and extremely rugged terrain.
The Thrung Thrung Kharm is the Black Necked Crane. Wintering in Bhutan’s Phobjikha Valley each year, the Bhutanese celebrate this endangered Bird with its own festival in November. The cranes return each spring to Siberia to hatch their young. Visit Bhutan during this festival season and antics of this lovely bird.

Sengor to Namling (3050m/2360m):
An area of hemlock and cool broadleaved forests where one can view Tragopans, Bar-winged Wrens and the Firetailed Myzornis. Best times for viewing are April to May.

Yongkhala to Ligmethang (1700m/650m):
Warm broadleaf forests towards the south are home to the Rufous-bellied Hawk Eagle, Collarded Treepie, and the Yellow-vented Warbler. Best time to visit: November to early May.

Deothang to Samdrup Jongkhar (850m/250m):
Subtropicals forest in the southern part of Bhutan are the home of the Wreathed Hornbill, the rare Violet Cuckoo, Pied Falconet, and the Greater Rufous-breasted Parrotbill. November to early May.

Mochu Valley, Rimchu to Jigme Dorji National Park:
Warm broadleaved forests are the habitat of the rare White-bellied Heron, White-gorgoted Flycatcher and the Yellow-vented Warbler. Best times are November to early May.

Damji to Gasa (1700m/2430m – 1day trek):
A 2 day trek through warm broadleaved forests are home to the Black tailed Crake and the Grey-sided Laughing Thrush.

Forested Road over Pele La (3390m):
Habitat Fir, Rhododendron, and bamboo forest are best in April to May for viewing Brown and Green Parrotbills, Marron-backed Accentor.

Bumthang Valley (2600m):
Fields and river area during March to May and October to early November are home to Isisbills, and various migrant birds.

Torsa River at Phuntsholing (150m):
Rivers and river bank areas during November to April are excellent passages for Migrants on their way to and from Tibet and Northern Asia.

Bird Watching Tour itinerary will be provided on request within the next 48 hours. So kindly mail us at bhutan.nomad@gmail.com